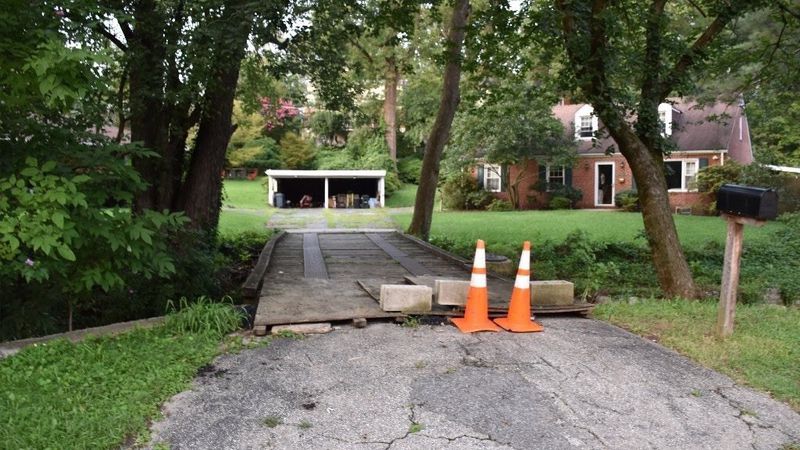 In the cul-de-sac at the end of Worthington Road, the two homes are separated from the road by a private bridge spanning Herring Run. When it rains and Herring Run rises, the water covers the bridge, residents say, damaging it and cutting off residents from the road.

Two months ago, Marks said, the homeowners approached him proposing that Baltimore County purchase the houses. By doing so, the county could demolish the houses and turn the land into a stormwater retention area, Marks said. But the county said no.

“The homes in question do not meet the criteria to qualify for purchase under the flood control program,” said county spokeswoman Dori Henry.

Mark Cyzyk, who lives in one of the affected homes, called selling the homes to the county “a plan that gets us personally out of a long-suffered situation, but that also is a net benefit for our county.”

His family has lived in the house for 13 years, but he told the Towson Times last year that it was not until about six years ago that the water from Herring Run began hitting the bridge and filling the cul-de-sac during storms.