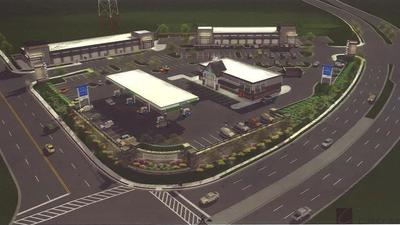 Baltimore County Executive Kevin Kamenetz is setting a 30-day deadline for a developer to meet with residents and devise a new proposal — likely without a gas station — for a high-profile site in downtown Towson.

Kamenetz said Friday that officials with Caves Valley Partners have agreed to meet with neighbors to consider a new proposal for the corner of York Road and Bosley Avenue after residents opposed plans for a Royal Farms convenience store and gas station and a retail center.

“We’ll see if we can reach a resolution,” said Arthur Adler, a partner with Caves Valley. “Hopefully it will work out.”

Caves Valley’s initial proposal for the 5.8-acre property, dubbed Towson Station, has roiled the local community and the Baltimore County Council for months.

The council gave the go-ahead in December for Towson Station to enter the county’s planned-unit development process — a review that could allow for a gas station to be approved.

But after months of community opposition, Councilman David Marks, who represents Towson, asked the council to modify its approval to remove the possibility of gas pumps at the site. Among residents’ complaints had been that a gas station was not suitable for a property many consider the “gateway” to Towson.

But the council tabled Marks’ resolution at its meeting on Monday after receiving promises that Caves Valley would rethink its plan.