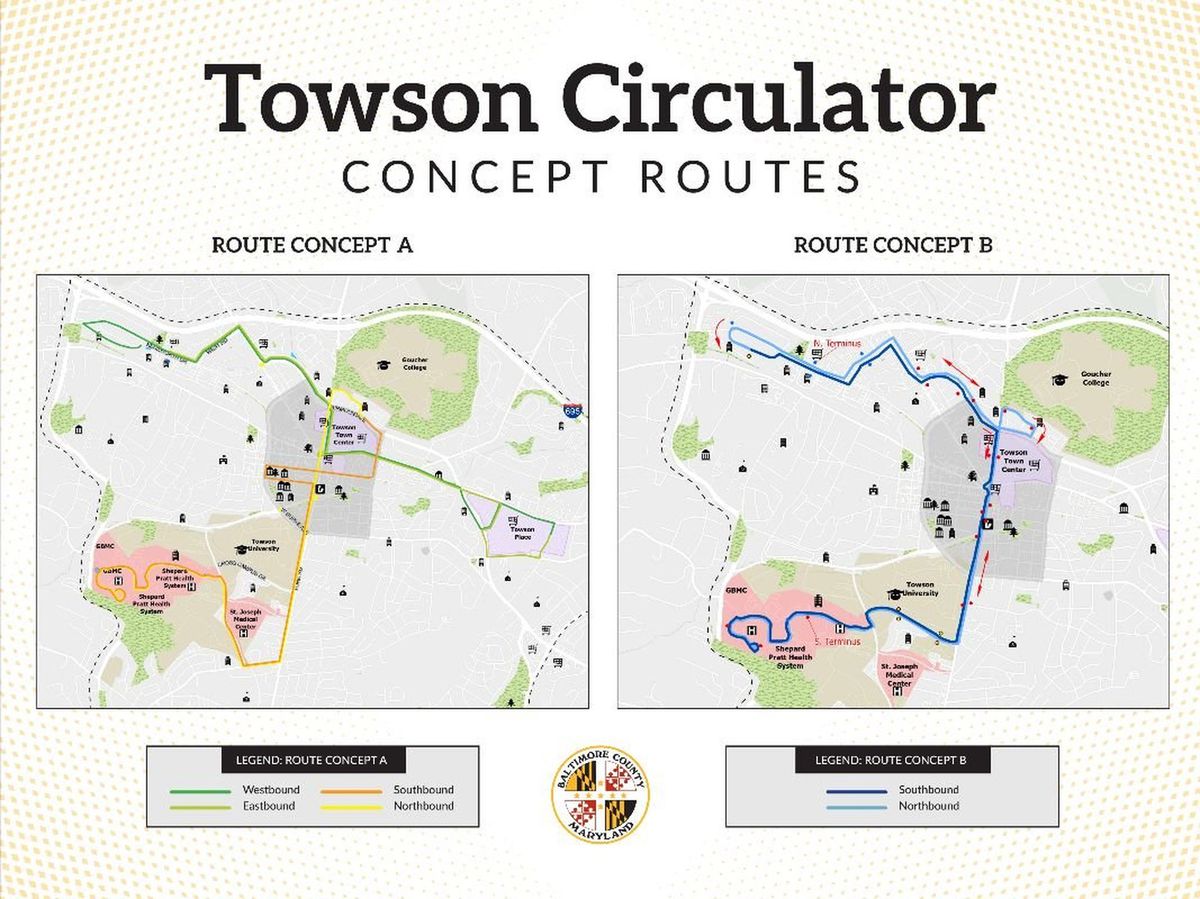 The prospect of a free bus circulator in downtown Towson has residents eager, but they’re also questioning its rollout, affordability and whether it will bog down roadways in the downtown core by adding more buses along routes already populated by Maryland Transit Authority and Towson University commuter buses.

Others are already asking Baltimore County to consider extending the circulator routes beyond the boundaries of downtown Towson to further west.

Before plans for the three-year pilot project are solidified, county officials are looking for public input from residents and prospective riders.

While many details still have to be hashed out — the county has thus far released two proposed routes and signed off on a contract for 12 buses — county transportation staff gave some more detail about plans for the Towson Circulator on Tuesday afternoon during the county’s first community meeting on the pilot project, including proposed bus stops.

As currently planned, circulator stops will coincide with existing MTA and Towson University stops and will mostly be shared, said D’Andrea Walker, acting director of the county Department of Transportation.

That will mitigate the cost of building new bus shelters and more sidewalks, she said, and will make transferring between buses easier for users.