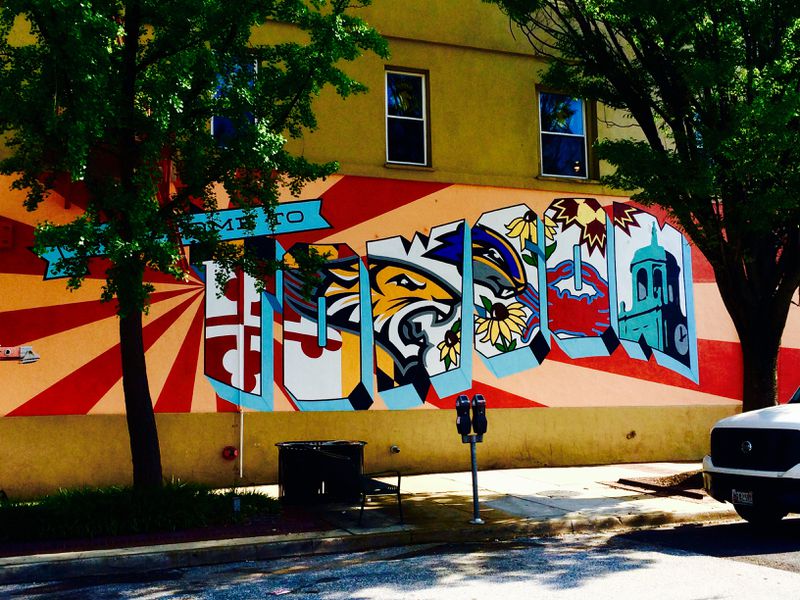 Towson-area officials on Friday celebrated the completion of a public mural at the intersection of York Road and Pennsylvania Avenue.The mural, which says “Welcome to Towson” in bright, big letters, includes a half-dozen images inside the word “Towson,” including the Towson University and Goucher College mascots, a crab, the Maryland flag and black-eyed Susans.

“It not only welcomes visitors to downtown Towson, but it also commemorates the things that make Towson very special, including our universities and our history,” said Baltimore County Councilman David Marks, who represents the Towson area.

About $6,000 was raised to fund the mural, all from private donations, Marks said. The project was handled by the relatively new Towson Creative Partnership, a group co-chaired by Knollwood resident David Riley and Greenbrier artist Amy Redondo, who painted the mural.

The work was completed within three weeks starting in mid-July. An original rendering of the mural showed symbols invoking the Orioles and the Ravens, as well as Mr. Boh, the National Bohemian beer mascot. But the design changed after some public feedback, said Nancy Hafford, director of the Towson Chamber of Commerce.