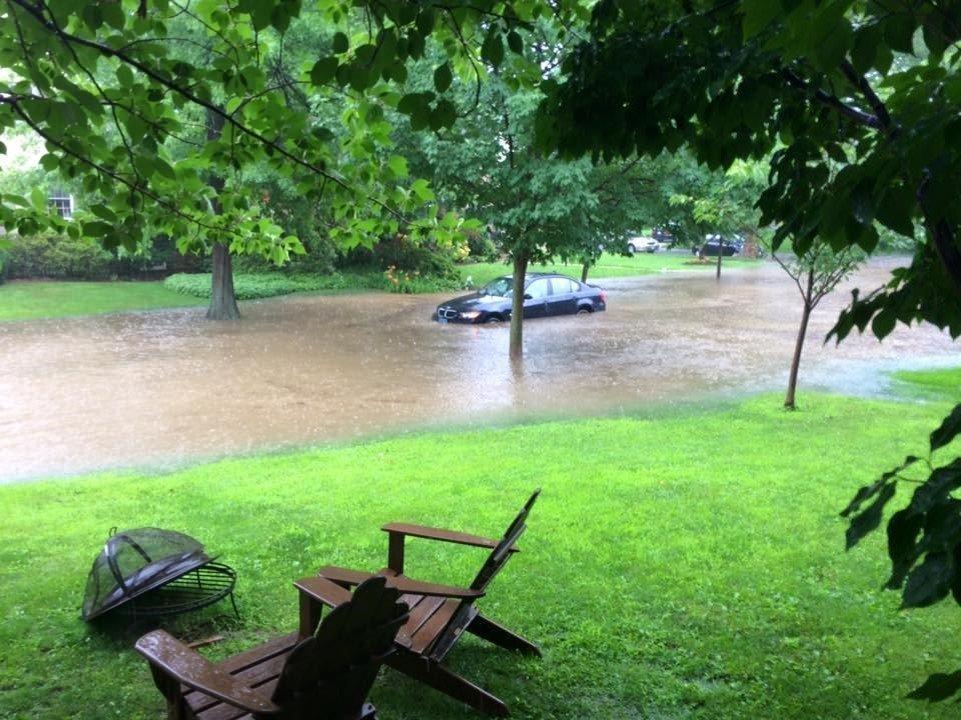 After the first two storms, John Gramiccioni knew the severe flooding in front of his Kingston Road home, in Stoneleigh, was no fluke.

In the past, rain had caused some overflow in the Towson community, he said, but nothing like the knee-high deluges that started becoming a regular occurrence in 2015.

Kingston Road flooded five times that summer, as aging and overburdened storm drains overflowed and dumped water into a dip in Kingston Road, and into neighbors’ driveways, yards and basements, Gramiccioni said.

Gramiccioni installed a $6,000 drainage system on his property to protect it from flooding. His neighbor, Hildegard Trapnell, said she spent $12,000 to refinish a flooded basement after water seeped in, soiled the carpet and damaged her knotty pine walls.

“People just can’t keep putting money into repairs because of the inadequate drainage systems we have in this community,” Gramiccioni said.

Now, after Stoneleigh residents spent more than two years negotiating with county officials for some relief, County Executive Kevin Kamenetz is proposing to spend $1 million in the coming fiscal year toward the preliminary design of a plan to end the flooding, though actual relief could be years away.