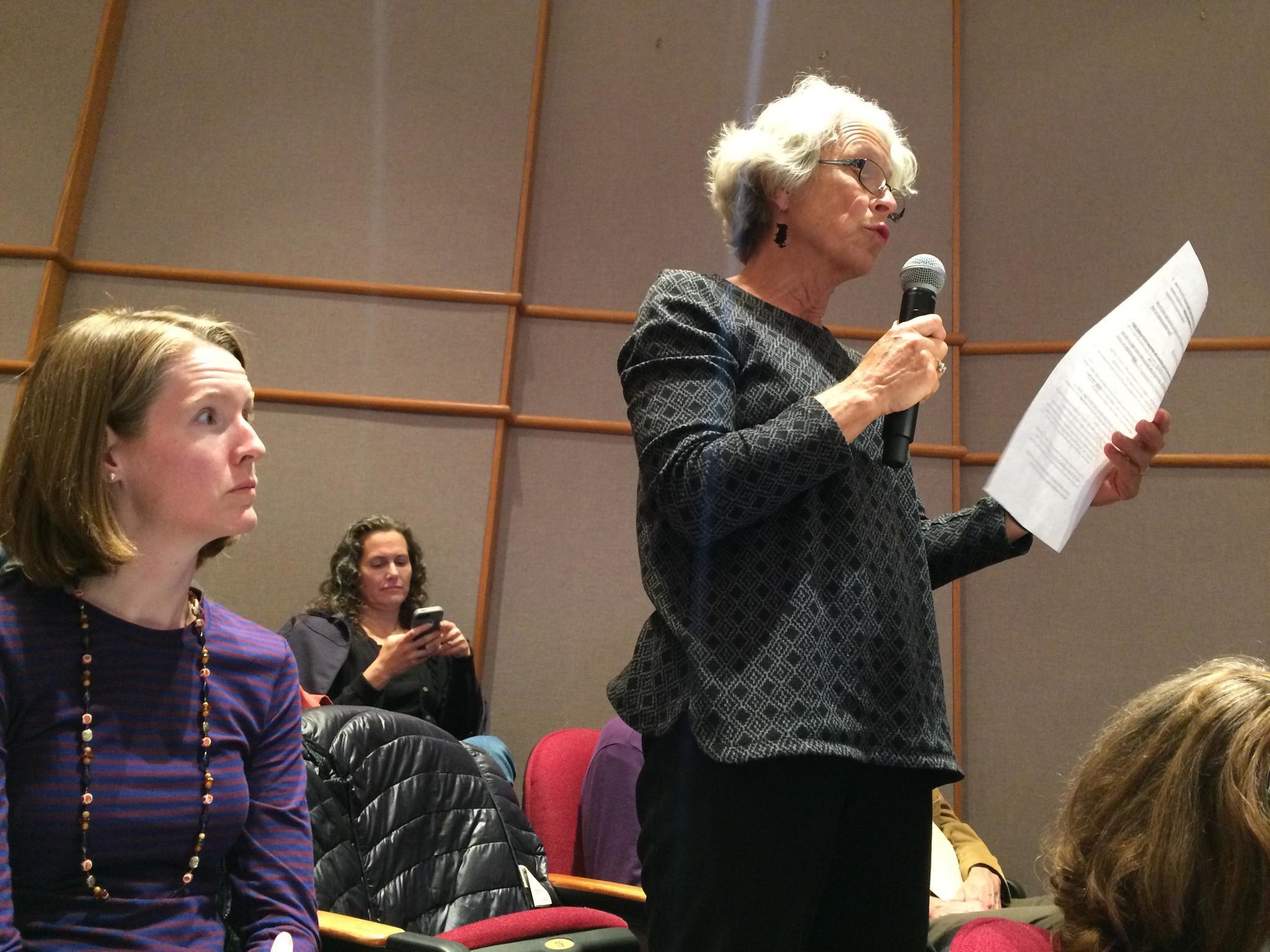 Towson residents showed up in force Monday night to voice their opinions on a Royal Farms gas station a local developer has proposed building at the corner of Bosley Avenue and York Road.

More than 200 people showed at a community input meeting hosted by the developer, the Towson-based Caves Valley Partners.

Caves Valley has an agreement with Baltimore County to purchase and redevelop the roughly six-acre property from the county in a project that has met with opposition.

The parcel, which is the site of a former county fire station and public works facility, would become a 24-hour Royal Farms gas station and convenience store under a plan proposed by Caves Valley. The development also would include two one-story retail buildings.

Residents opposed to the project say a gas station would bring an increase in unwanted traffic, pour light into neighbors’ homes, cause pollution and increase crime.