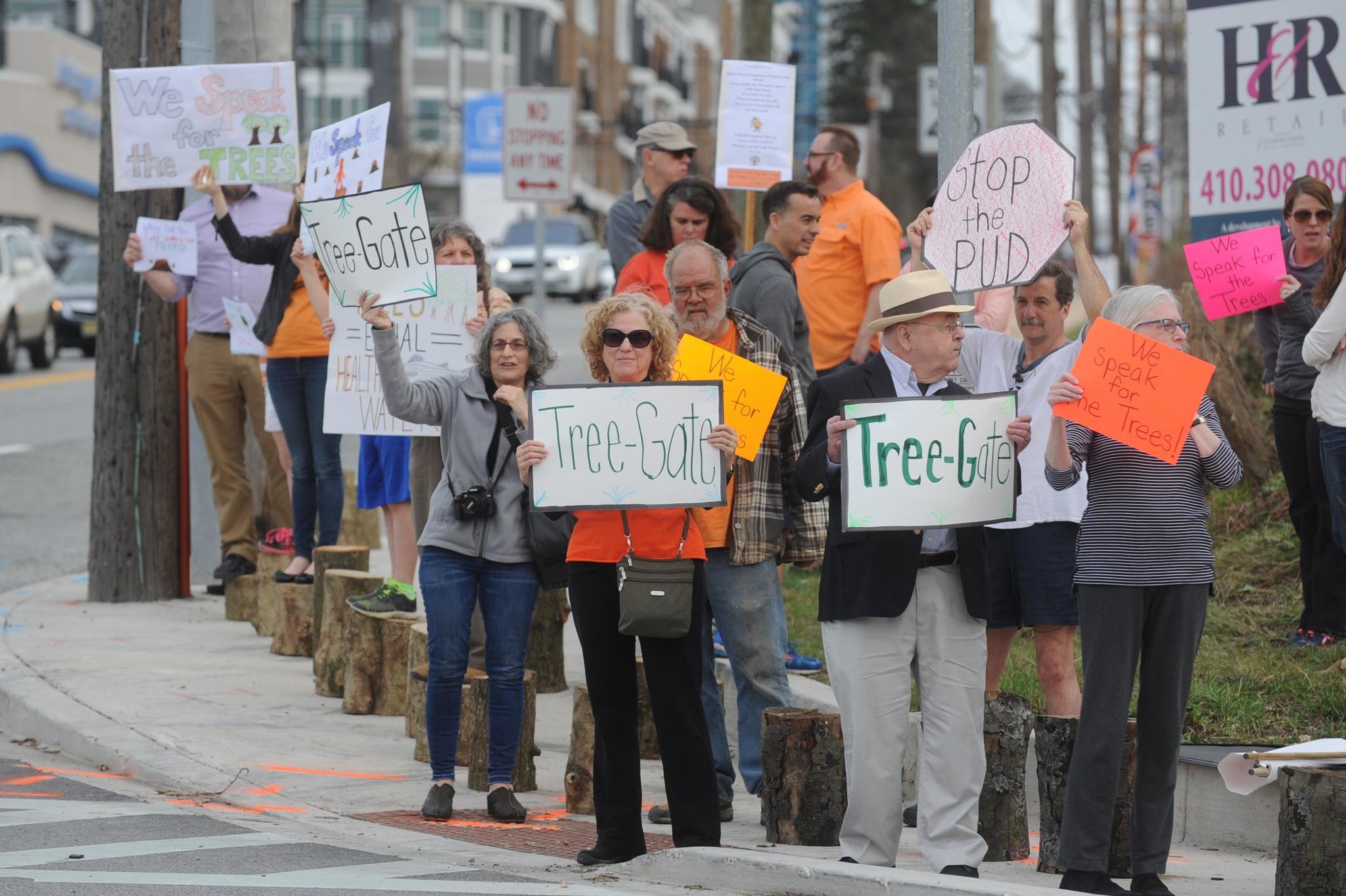 Carrying “Tree-gate” and “We speak for the trees” signs, about 50 protesters gathered at the site of a planned Royal Farms gas station and convenience store in Towson Wednesday to condemn the cutting of trees on the county-owned property.

“This is unbelievable, unconscionable, unethical and probably criminal,” West Towson resident Peggy King said of the removal of the trees.

For years, residents have contested plans for a gas station, proposed for the 5.8 acre parcel by Caves Valley Partners, a development company that wants to build shops and a Royal Farms at the site. Opponents say a gas station will cause pollution, traffic congestion and isn’t a fitting “gateway” to Towson. The County Council approved a contract to sell the land to Caves Valley in 2013.

The project is proposed at York Road and Bosley Avenue, the site of a county public works facility and a former fire station. Plans are advancing through the county’s development review process, and the county began tearing down a building on March 31 and removing trees on April 1, according to David Marks, the Republican county councilman who represents the area.