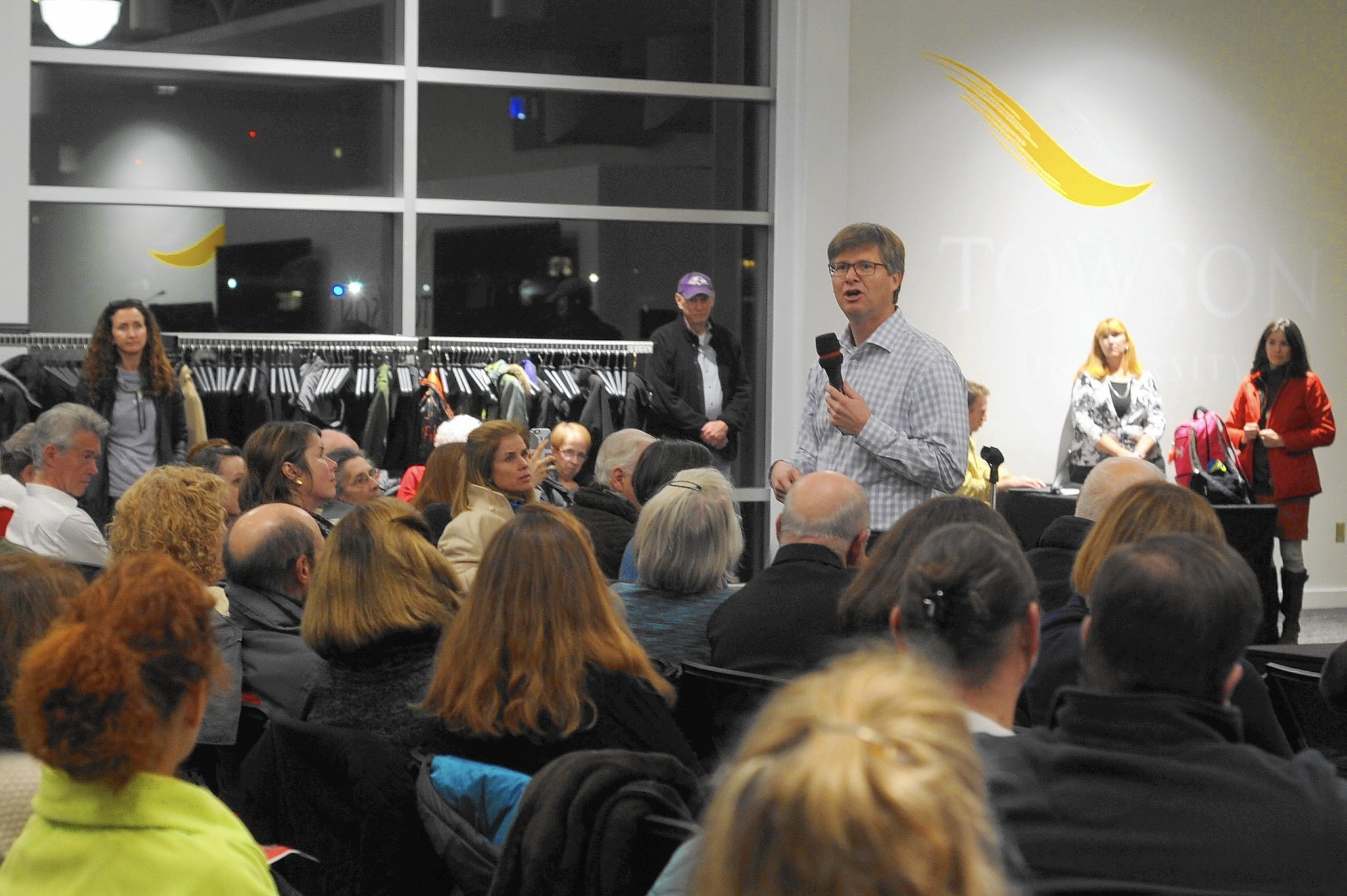 Towson residents were out in force Monday evening at two separate meetings to voice their opinions on a pair of redevelopment proposals that have sparked controversy and protest in recent months — a proposed Royal Farms gas station at the corner of Bosley Avenue and York Road and, two miles south, a proposed Starbucks coffee shop at York Road and Regester Avenue.

The Starbucks coffee shop, which is proposed to replace a former bank and office building, would have an entrance on York Road and an exit onto Regester. The sticking point for the community is a proposed drive-through for the location, which they said would cause increased traffic and threaten pedestrian safety, particularly that of students who pass the area on their way to class at nearby Dumbarton Middle School.

Baltimore County officials approved the project in April 2016, according to spokeswoman Lauren Watley, though officials have not yet received a building permit application for the address associated with the project.

The Royal Farms project has been contested by the community since it was proposed three years ago. Baltimore County is selling a 5.8-acre property at the corner of York and Bosley — which has housed a fire station and a public works facility — to developer Caves Valley Partners, which has proposed a retail development including a gas station for the property. Some residents have objected to the proposal, saying a gas station would increase traffic problems at the intersection, and potentially cause pollution.