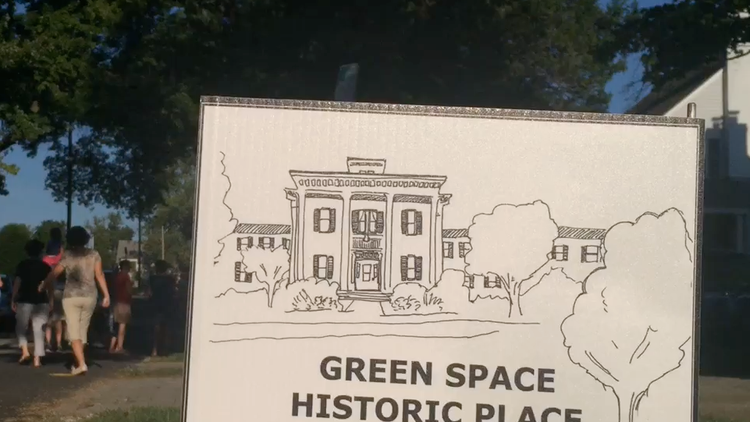 More than 150 people gathered outside the former Presbyterian Home of Maryland, in the Southland Hills neighborhood of Towson, Sunday evening for a rally to show support for preserving the home’s historic building and grounds, which are now facing the possibility of redevelopment.

The Presbyterian Home of Maryland announced earlier this year that it will sell the Towson property and open a new facility in Harford County, sparking concern among neighbors that the property could be developed and that a more-than-150-year-old mansion on the site could be torn down.

At the rally, community leaders delivered brief remarks about the building’s history and the importance to the neighborhood of the facility’s grounds, which Southland Hills residents have long used as a kind of unofficial park. Apart from that, the evening included neighbors catching up on a path by the hill, dogs playing fetch, children playing tag and teens practicing their lacrosse passes — all the things residents say they typically do on the property.