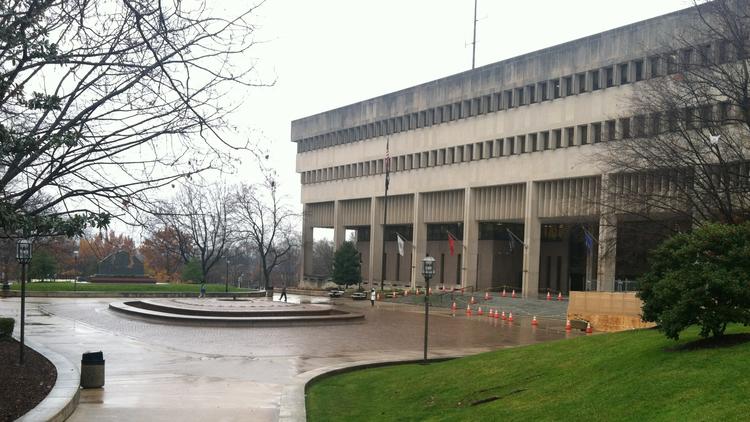 Towson’s Patriot Plaza will likely not get an ice rink after all.

The Baltimore County Council on Monday approved a contract to redesign the underused plaza, but officials said the renovated plaza won’t include expensive details that were previously considered — one idea that might be nixed is a seasonal ice rink.

The county will pay nearly $400,000 to ESDA Inc., a landscape architecture firm with an office in Baltimore, to draw up designs for turning Patriot Plaza into a more welcoming park.

The plaza is a two-acre expanse of stone and concrete between the Baltimore County Circuit Courthouse and the Historic Courthouse. The plaza’s focal point is a non-functioning water fountain and it also has a pair of memorials to fallen firefighters and police officers.

The Patriot Plaza redesign was announced one year ago as a $3 million project, but the cost grew to $4.25 million as officials realized the cost of improvements and needed infrastructure fixes would be more than they expected.