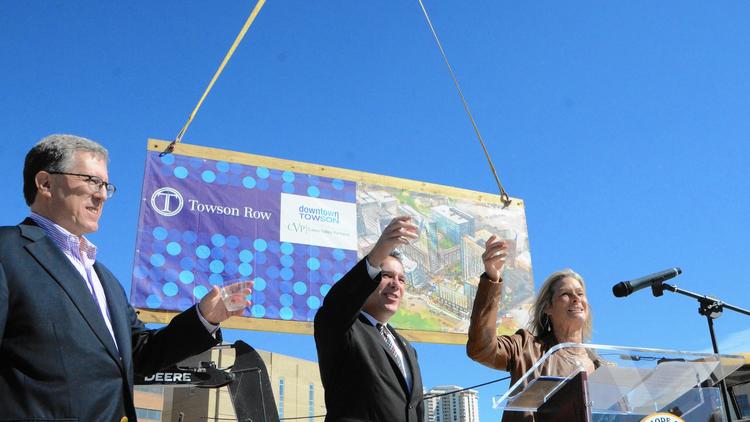 Business and government leaders gathered Friday at the site of the $350 million Towson Row development, promoting the progress of a project officials have called “transformational” for downtown Towson.

The mixed-use Towson Row project being developed by Caves Valley Partners will include high-rise towers for offices, apartments and student housing. It also will include a hotel, restaurants, retail shops and a Whole Foods grocery store at the site near the corner of York Road and Towsontown Boulevard.

When it’s completed in about three years, “Towson Row will be alive every minute of every day,” said Arthur Adler, a partner in Towson-based Caves Valley.

Contractors for Caves Valley have spent several months tearing down old buildings on the roughly 5-acre site, but Friday’s gathering was dubbed a “site debut.”

The company previously renovated the Towson City Center office building about a half-mile to the north. While working on that project, Adler said, it became clear that Towson needed more development and redevelopment to transform the county seat into “a vibrant city.”