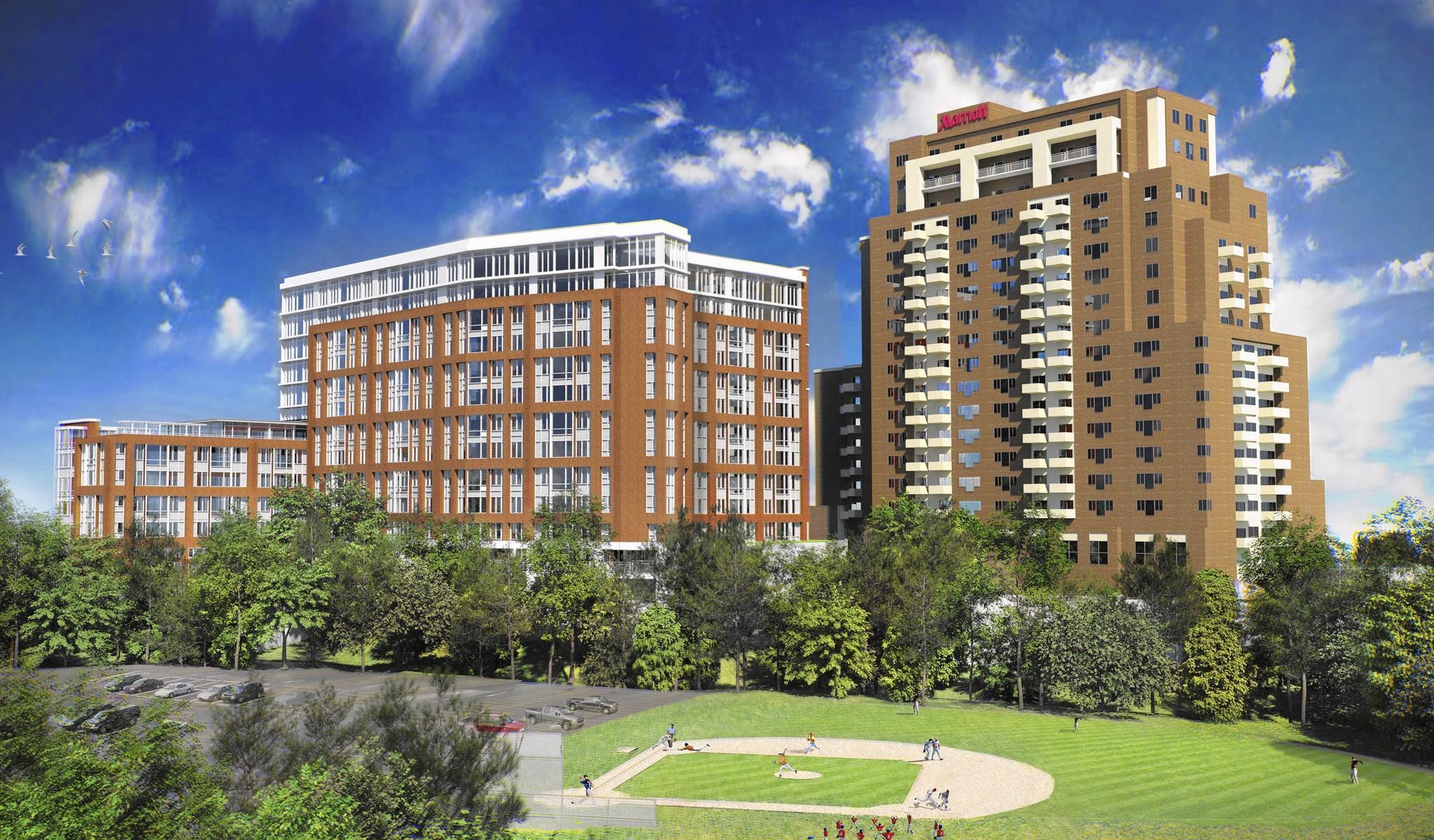 “Every cloud has a silver lining,” reads the sign in developer David Schlachman’s conference room.

The Towson resident said he understands community concerns that his 101 York student housing and retail project is too dense and lacking in open space.”

These people love Towson, too,” he said of his critics. “We just have different visions.”

Schlachman’s vision is for a 13- or 14-story building with as many as 651 beds in downtown Towson. He is seeking the blessing of the Greater Towson Council of Community Associations for the controversial planned unit development — and he said his company, DMS Development, LLC, is willing to pay the GTCCA as much as $750,000 for community park and recreation projects — on top of other project fees — to win the group’s backing.

“We believe in this project,” Schlachman said in an interview Aug. 24 at DMS’ offices at 100 E. Pennsylvania Ave. “We know there are concerns the community has. We believe our project is going to be benign.”

But the mixed-use project, which also includes above-ground and underground parking, remains in legal limbo, as the GTCCA and American Legion Post 22, located near 101 York, continue to oppose it. The GTCCA is lobbying for a smaller project with built-in green space, or at the least, more than $1 million in open space waiver fees, said President Michael Ertel.

Schlachman and other DMS officials say there’s nowhere on the 2.74-acre site to put significant open space and still have an economically viable development.

“We really don’t have room where we’re at,” Schlachman said. “We believe we’ve done the best we can.”

First introduced as a $60 million, five-story building in 2013, the project grew to a proposed 13 stories and then 20 stories earlier this year. Schlachman withdrew the 20-story plan in June at the request of Baltimore County Councilman David Marks, who said he was concerned about sudden changes in scale.

Baltimore County Administrative Law Judge John Beverungen has ruled in favor of a 13-story planned unit development, but the GTCCA appealed his ruling to the county Board of Appeals, which heard the case in July and is scheduled to deliberate in public Sept. 15.

The board also will be ruling on an appeal by DMS of the judge’s ruling that the company must pay $1.3 million in open space waiver fees in lieu of providing as much open space as the county requires for the project. Schlachman calls that fee exorbitant, but said he is willing to pay a fee based on legislation that County Council members David Marks and Tom Quirk are drafting to increase open space waiver fees by $2,000 to $2,500 per housing unit in such developments.