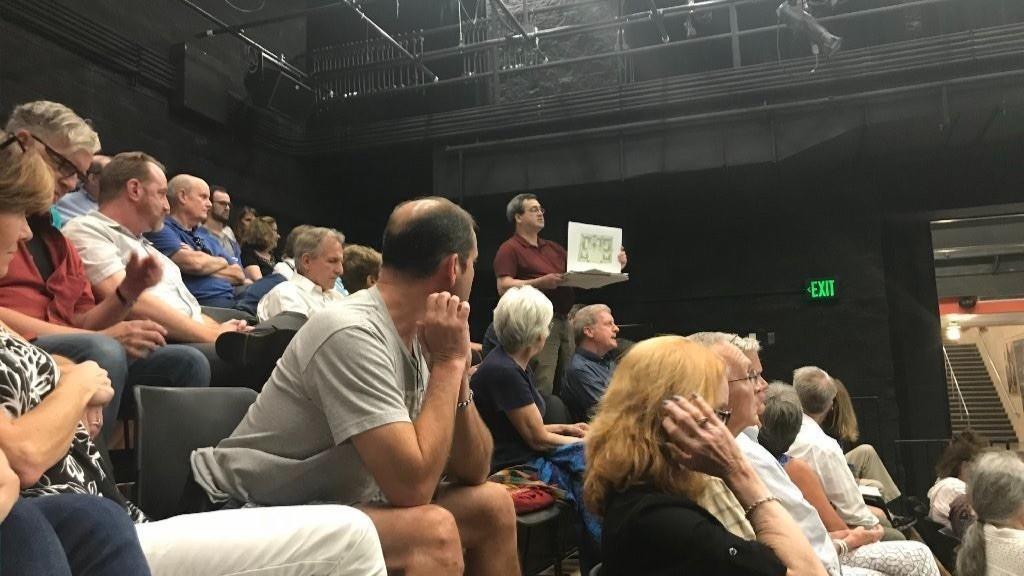 More than 50 people packed a public meeting Wednesday night to give feedback on a proposed condominium development at the site of the historic Bosley Mansion in Towson’s Southland Hills neighborhood.

During the sometimes emotional meeting held at the George Washington Carver Center for Arts and Technology, some residents criticized the proposal for the Bosley Estates project. But many others said that though the project is not exactly what they wanted, they want it to move forward.

“At the end of the day, it is not a park. It is an economic reality that you’ve got to make a profit,” said Jim Tomney, of Southland Hills. “I sure don’t want my desire for the perfect [project] to get in the way of something that is solid and good.”

The plan to build 33 high-end condominiums costing between $750,000 and $1.5 million on the 4.5-acre plot at 400 Georgia Court, arose after the land’s current owner, the Presbyterian Home of Maryland, closed its assisted-living facility in 2016.

Towson-based Caves Valley Partners initially bid on the property, and struck a tentative agreement to lease the space to Baltimore County for offices. But following an outcry from neighbors, who feared the plan would increase traffic and put stress on street parking, Caves Valley pulled out of the deal in January.