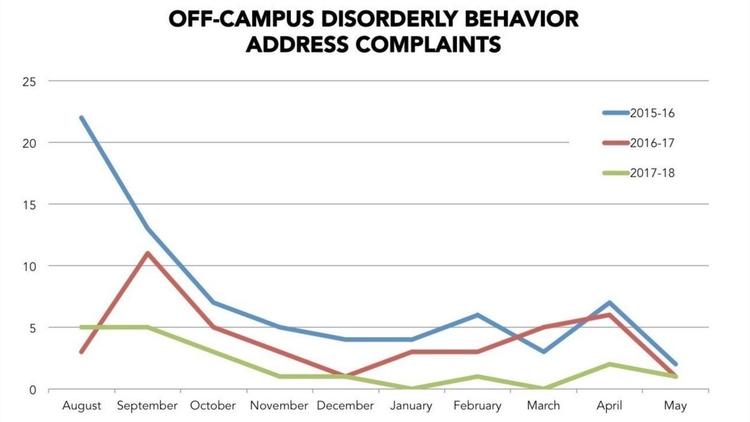 “You can tell from the numbers,” said Greg Bauer, president of the community association for Burkleigh Square, one of the neighborhoods hardest hit by raucous students from Towson University. “If we’re not pleased, something’s very wrong.”

Bauer was referring to the number of complaints of off-campus disruptive behavior, which have plummeted since the social host ordinance went into effect in February 2016.

The 2015-2016 school year saw 51 total complaints about off-campus student gatherings around Towson, according to data provided by Towson University. Two years later, in the 2017-2018 year, there were just 12 complaints.

The county ordinance, spearheaded by Councilman David Marks, who represents the area, gives police the power to issue a civil citation to those hosting an “unruly social gathering.”