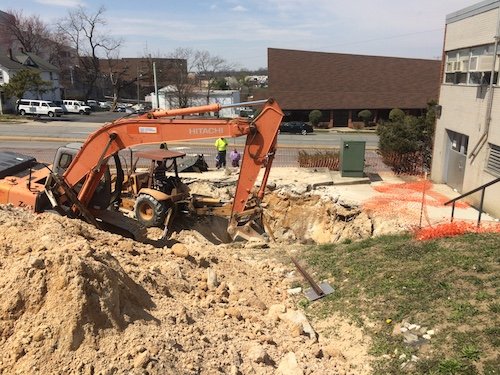 The Baltimore County Council is set to vote Monday, April 16, on whether to approve a lower price for the land it’s selling at the corner of York Road and Bosley Avenue. Approval, which is expected, means the controversy over the fate of the site is almost at an end.

Yet some observers still have concerns about the deal, including:

For the past several years there have been protests, op-eds, pleas to council members, and heated community meetings in opposition to the original plan to sell the site — the former Towson fire station — and allow in its place a Royal Farms gas station and strip mall. But now that a deal has been reached to replace the gas station with a different type of business — likely a drive-through bank or a drive-through Chick-fil-A — even some people who have qualms about the new deal are wary of speaking up.

That’s because Caves Valley negotiated an agreement with the Greater Towson Council of Community Associations (GTCCA) last year that says the developer won’t put a gas station on the site — but only if the County Council approves a new purchase price that is acceptable to the developer, and if all necessary approvals for the project are granted. (The GTCCA was not involved in negotiating the actual purchase price.)