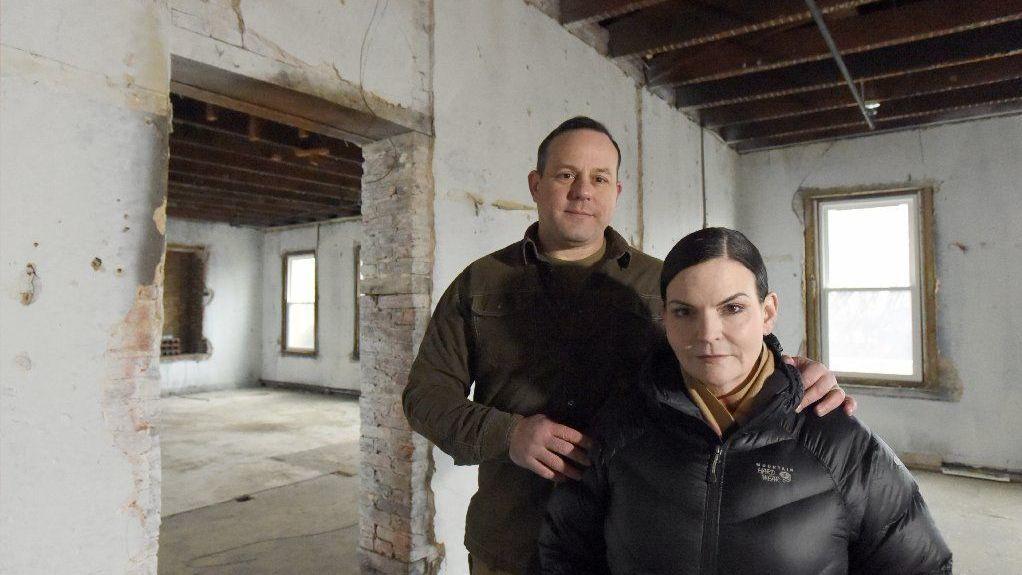 Grant Aikin, a full-time member of the National Guard, in Towson, and Deirdre Aikin, a tattoo artist, live to the east of Towson in Baltimore’s Hamilton neighborhood.

For more than 27 years, Deirdre Aikin has worked at tattoo shops in Baltimore and elsewhere along the East Coast because Baltimore County zoning regulations do not allow her to open her own shop closer to home.

Though the couple lives in the city neighborhood in a home purchased while Deirdre Aikin was in graduate school at the Maryland Institute College of Art, they spend the bulk of their time in Towson, eating lunch downtown almost daily and doing most of their shopping in Towson malls and grocery stores with friends who live in Towson, she said.

The couple plans to move to Towson when Grant Aikin retires, but for the past six years Deirdre Aikin has worked at a shop in Washington, D.C.

Under the Baltimore County Code, tattoo or body-piercing establishments are restricted to areas zoned industrial, meaning for purposes such as manufacturing, along with other adult stores, like massage parlors and adult entertainment businesses.

A bill introduced Feb. 5 by Baltimore County Councilman David Marks, a Republican who represents Towson, seeks to amend the code, allowing the Aikins to open up shop in a loft-like space, zoned business major, on the west side of York Road on the second floor of the Wells Fargo building, at the corner of Pennsylvania Avenue.