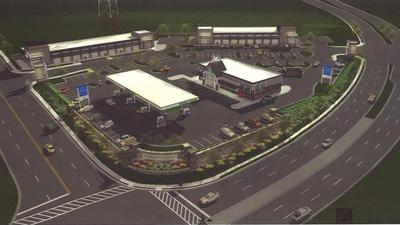 Our view: Councilman Marks’ decision to reverse his earlier support for a development plan should kill the project

Whether a Royal Farms at the corner of York Road and Bosley Avenue in Towson would be a good use of the space or an abomination at the gateway to the county seat, County Councilman David Marks’ decision to reverse his previous support for the project should mark the end of it. He has the legal right to introduce a new resolution modifying the one he ushered through the council last fall in support of a planned unit development at that site, and longstanding county tradition holds that his desire, as the representative for that area, should be respected by his colleagues and the county executive.

We acknowledge that there are some countermanding factors at work here. For one, it’s generally not good practice for the government to greenlight a project and then change its mind a few months later. That’s not fair to the developer, Caves Valley Partners, which has invested substantial time and money to advance the project to this point. Furthermore, the land in question is a county-owned parcel, the former site of the Towson fire station. It was put up for sale by County Executive Kevin Kamenetz’s administration as part of a plan to pay for a new fire station, which has already been built at the intersection of Bosley and Towsontown Boulevard. The $8.3 million sale price for the land does give the executive and the rest of the council at least some greater stake in this project than they do in typical land use decisions.