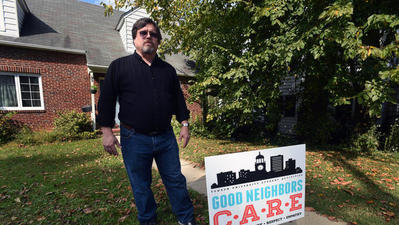 A year after passing a bill to crack down on what some call out-of-control parties in neighborhoods near Towson University, some Baltimore County Council members want to expand the area covered by the law.

The pilot program enacted in 2016 aims to hold accountable not only students, but their landlords — who face fines and can lose their rental licenses if their tenants commit repeated offenses.

Now, supporters say the law is working and they want to expand to more neighborhoods in the Towson area. Some landlords, meanwhile, feel the ordinance unfairly holds them responsible for the actions of others.

A bill proposed by council members David Marks, Cathy Bevins and Wade Kach would expand the so-called “social host” ordinance to cover The Penthouse condominiums, Riderwood Hills, Towson Park, Knettishall, Loch Raven Village and Rodgers Forge. The bill will be discussed at a work session Feb. 14, with a vote scheduled for Feb. 21.

Seven neighborhoods east of York Road — as well as neighborhoods near the University of Maryland, Baltimore County — were part of the pilot program.