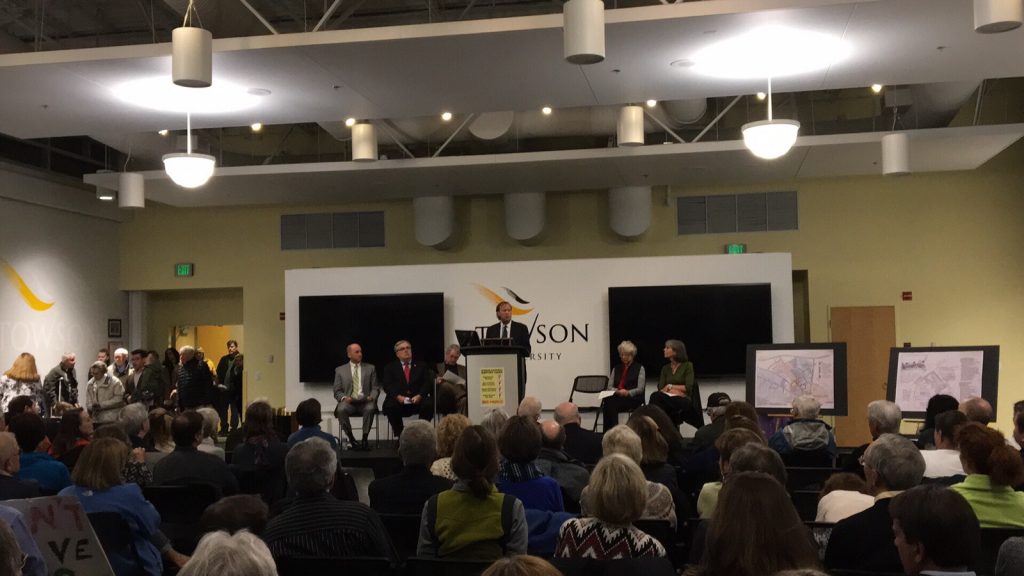 Elected officials have slated two meetings Monday night centered on proposed developments in Towson — a planned retail center and Royal Farms store at the corner of York Road and Bosley Avenue, and a proposed Starbucks coffee shop at the intersection of York Road and Regester Avenue.

Both projects have stirred opposition among some Towson-area residents. The meetings, which are being hosted separately, were originally scheduled for 7 p.m., in different locations. County Councilman David Marks, who is hosting the meeting on the Starbucks project, has since rescheduled that meeting to 6:15 p.m. in response to complaints from community members who wanted to attend both meetings.

State Sen. Jim Brochin and Del. Steve Lafferty will host a community input meeting at 7 p.m. regarding the proposed Royal Farms in the Minnegan Room on the third floor of the field house at Johnny Unitas Stadium on Towson University’s campus.