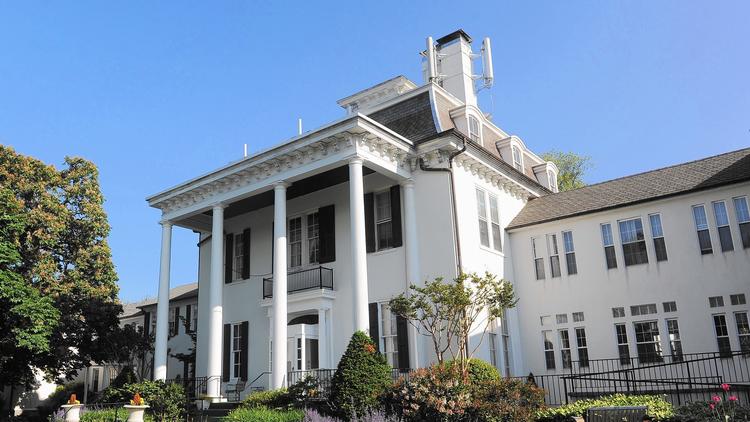 A developer and Baltimore County officials are negotiating to preserve a hilltop mansion that’s stood as a Towson landmark for at least 150 years.

The Presbyterian Home of Maryland announced in the spring plans to close its assisted-living center in the 19th-century mansion off West Chesapeake Avenue, which prompted neighbors to worry that the center’s 4.4-acre property could be developed into townhouses.

The developer, Caves Valley Partners, said last week that it agreed to buy the property and plans to lease the mansion to Baltimore County government as offices. Caves Valley said it would preserve the mansion facade and lawn, which neighbors describe as an unofficial community park.

“Our theory is: Save the building as is, retrofit it for offices, leave the green space open,” said Arthur Adler, a partner at Caves Valley. “Hopefully, everybody’s happy.”