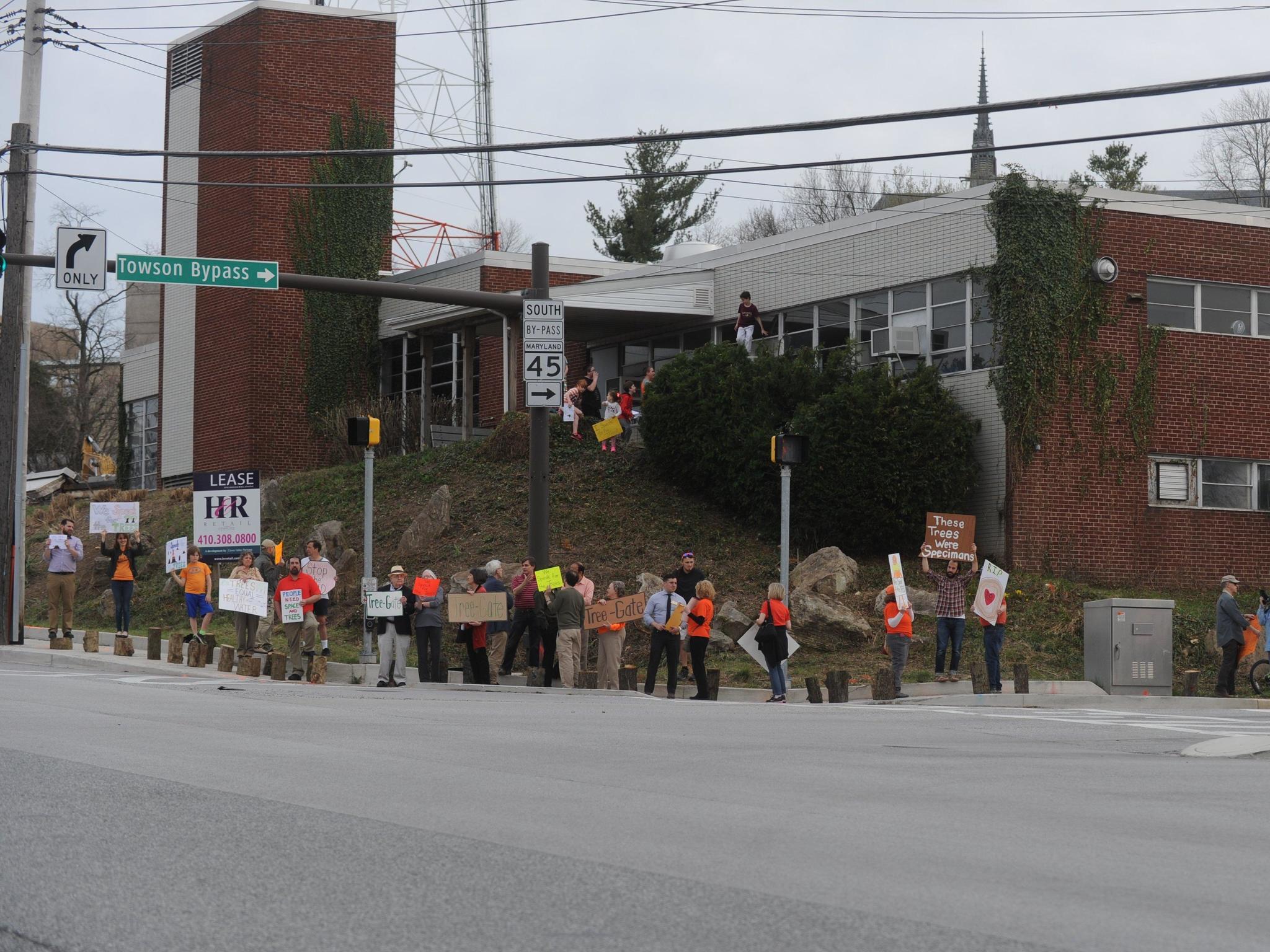 County Councilman David Marks said Friday that he will introduce legislation April 17 to put a hold on the removal of mature trees from county-owned property in Towson and to direct county officials to establish guidelines for the cutting of mature or rare trees throughout the county.

Marks said he will file the legislation in response to Baltimore County officials last weekend cutting down a number of trees on a county-owned parcel at the intersection of York Road and Bosley Avenue, in Towson, that is the site of a proposed Royal Farms store and gas station that has sparked controversy.

“What I do not want to see happen is any more indiscriminate destruction of these large trees,” Marks said Friday.

County officials authorized the removal of the trees from the 5.8 acre property on April 1, according to Marks. County officials said in an April 3 statement that they are demolishing a vacant building on the site and otherwise cleaning and preparing it for sale to Towson-based developer Caves Valley Partners, pursuant to a contract approved by the County Council in 2013.