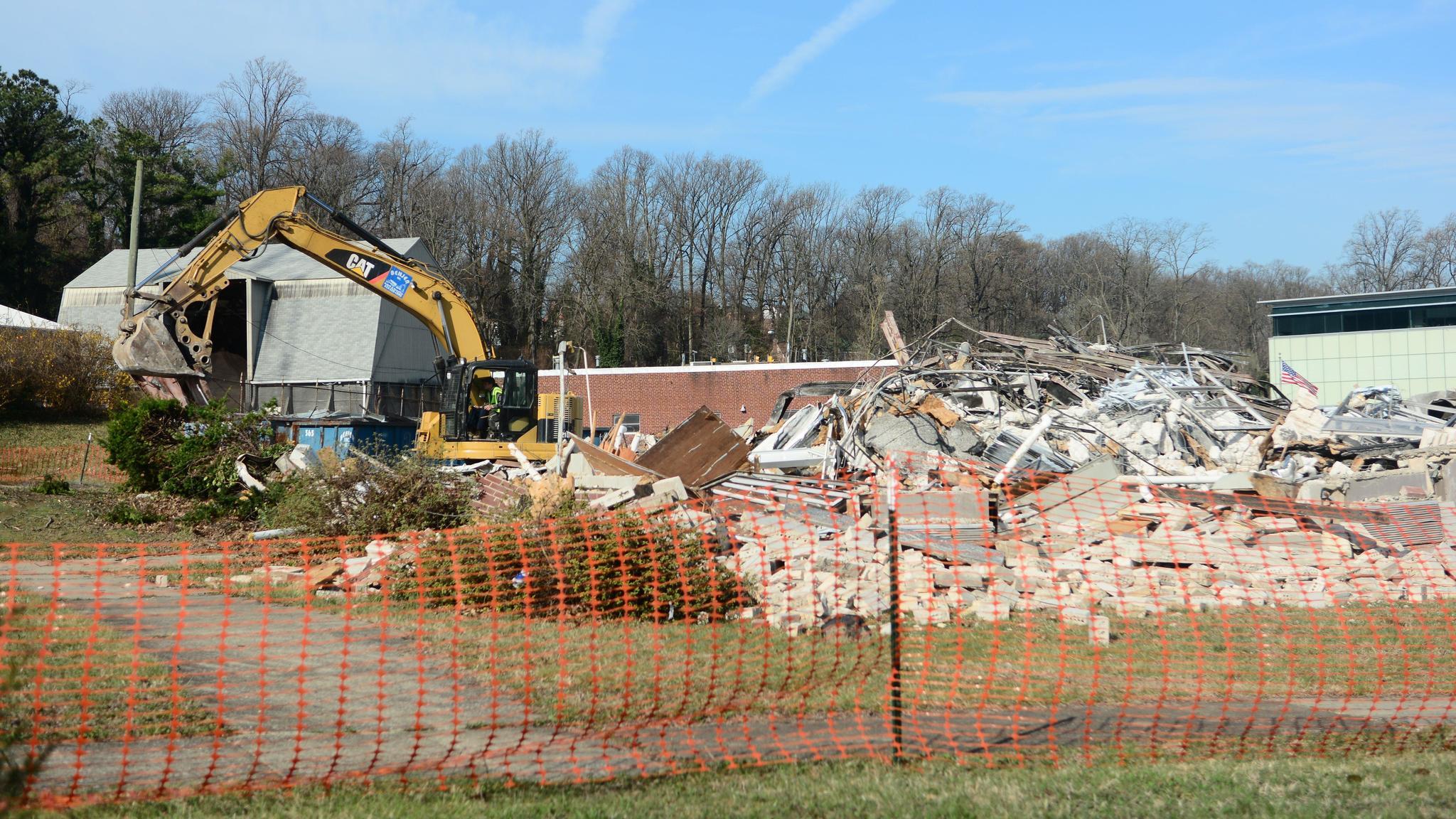 Baltimore County began demolishing a vacant office building Friday at the site of a proposed Royal Farms gas station in Towson that has been a flashpoint for controversy in recent years.

Officials are cleaning up and demolishing an office building on the site, at the intersection of York Road and Bosley Avenue, to prepare the parcel for sale to Towson-based developer, Caves Valley Partners, in accordance with a contract approved by the Baltimore County Council in 2013, county spokeswoman Ellen Kobler said in an emailed statement Monday.

A former fire station and a public works facility are also on the corner, but have not been demolished.

In December 2013, the council approved the sale of the 5.8-acre site to Caves Valley Partners for $8.3 million. That sale has not yet been finalized.