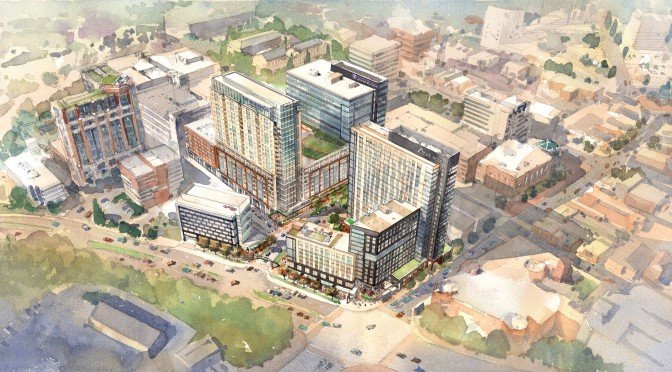 The $350 million mixed-use development project Towson Row, estimated to be completed in three years, will bring offices, luxury and student housing, a hotel, restaurants, retail stores, a green plaza and a Whole Foods within walking distance of campus.

Members of the University and surrounding communities gathered at the intersection of Washington and Susquehanna avenues for the “site debut” Friday.“Towson Row will transform the Towson skyline and become a focal point that reflects a dynamic downtown while respecting the scale of surrounding buildings,” Baltimore County Executive Kevin Kamenetz said in a press release.

This project is one of the largest of the $1 billion in recent private investment in downtown Towson that also funded the building of the Cinemark Theatre, the restaurants in Towson Square, 2,700 new apartments and townhomes and the Towson City Center office tower.